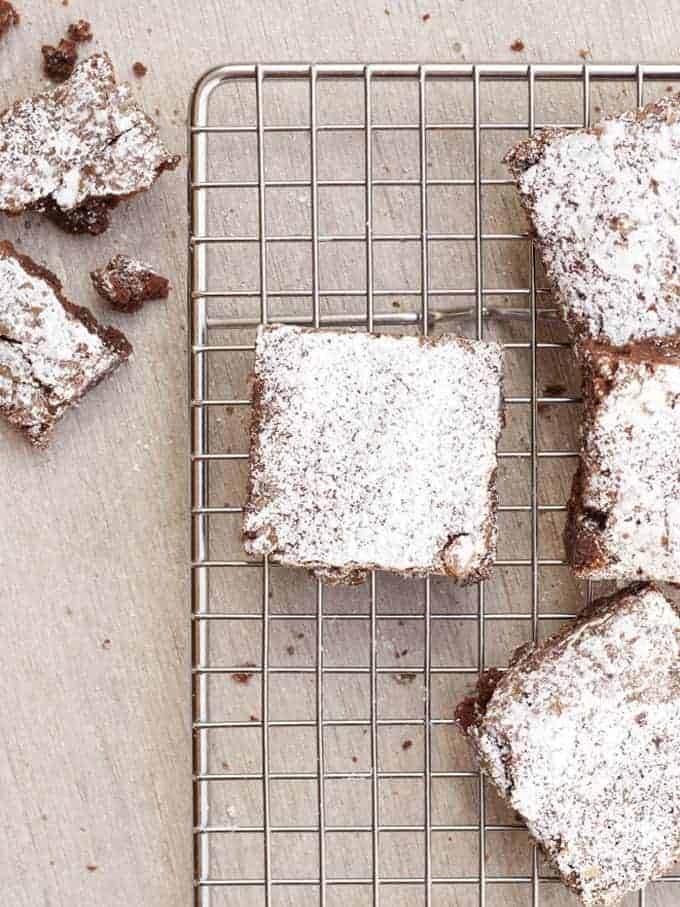 I admit it, I am currently being lazy. Equipped with only two switches, either “on” or “off” sometimes it is necessary to flip the switch to “off ” and give the machine a chance to rest. But even in my lazy mode, food is still a priority and therefore cooking must ensue, which is when a recipe that I call Lazy Brownies comes to mind, a simple little jewel – delicious not daunting.

The Bijouxs little jewel box of recipes is a black linen-wrapped box that houses a treasured archive from three decades of cooking and contains a section entitled “Favorites”, it is here that many of my “lazy” recipes reside. Lazy Brownies are simple to prepare, rich to enjoy.

Growing up these one-pan brownies often made their appearance in our suburban home, where 2 squares of baker’s chocolate could be fashioned in a flash into brownies or a hot bittersweet sauce to top vanilla ice cream. I do not know the exact origin of this simple basic recipe, I suspect it was originally found on a box of supermarket brand unsweetened baking chocolate and that a relentless Google search may provide some origin clues, but then, I am being lazy.

Lazy Brownies are made in one saucepan, poured into a baking pan and produce a thin, but very rich brownie capped with shiny, crisp crust. Requirements are basic kitchen staples of butter, eggs, sugar, vanilla, flour, and of course unsweetned baker’s chocolate, which should always be loitering around the pantry for just such lazy brownie moments.

Additions such as nuts, a touch of espresso powder (an attempt to combat laziness) or a finishing sprinkle of confectioner’s sugar are options for the brownies, if you can muster the energy.

Currently the Bijouxs studio/kitchen is taking a little rest, creatively recharging for summer and enjoying some Lazy Brownies – simple little jewels from the kitchen. 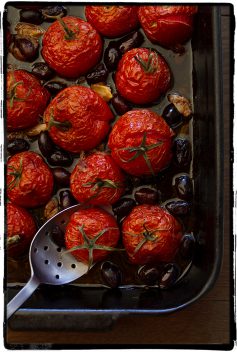 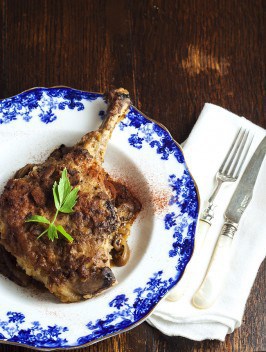 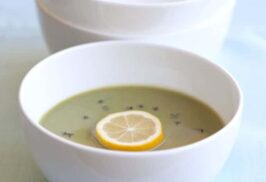 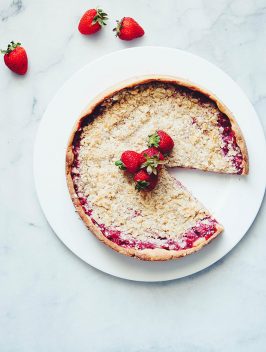