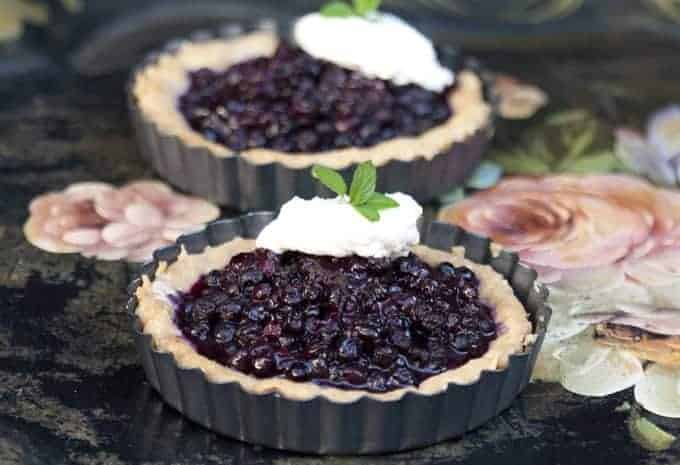 I could say this is not your Mother’s pie, but these is my Mother’s pie, and like most of her recipes it’s simple and fresh. This Bijouxs pie recipe goes back only one generation, even though I was tempted to write about my Grandmother’s pies in light of the arrival of leaf lard from Deitrich’s Country Store; lard being the secret to her amazing baking, but that’s a whole other story, coming to Bijouxs this fall.

Start simple and then complicate, a good way to build cooking skills and boost confidence – these easy pies convey the simple, fresh taste of summer. The recipe overview is to blind bake (fully bake empty) the pie shells, fill with the uncooked (that’s the fresh) blueberries and top with a simple glaze made from some of the berries – that’s it. More good news, you can make this recipe into 6 individual pies, or one 9-inch pie.

Let’s start with the crust. Use your favorite piecrust recipe, or do as my Mother frequently did, purchase a good quality (Trader Joe’s frozen is not bad) ready to roll piecrust. Roll the crust slightly larger that the pan size, allowing for about 1/2″ overhang of crust. Line the pans with the crusts and fold the edges of the crust under to create a double layer of crust around the edges. 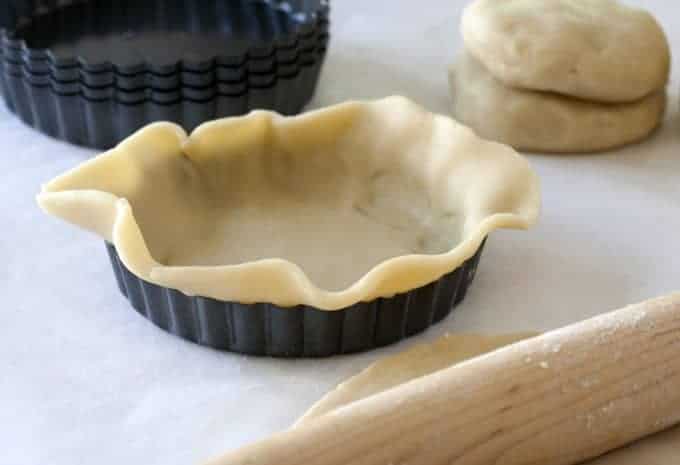 In a blind bake, the goal is have a crisp, brown crust to house the pie’s filling; there are of course a few things to know. First, you want to ensure that the piecrust does not rise, so pierce the bottom of the dough all over using a fork. Press the crusts firmly into the pans, along the sides as well.

To proceed with the blind bake you may either line the bottoms of the dough with parchment paper and fill with pie weights or dried beans, or another method is to first freeze the pie crusts for 30 minutes or more, then line with buttered foil (butter the shiny side, dull side up) and proceed to bake. Either way, monitor the crusts as they bake and allow the crusts to achieve a rich, golden brown all over, ensuring both crispness and a wonderful flavor. I opted for option number two, as I did not have enough pie weights to go around, removing the foil after the initial baking period to achieve a prefect golden brown. But in a word don’t worry; blind baking like most things in cooking, is rarely a perfect event.

After baking the shells, set them off to cool and then whip up the glaze for the filling. I favor the small, wild blueberries, most times only finding them frozen. Be sure to allow frozen berries to defrost thoroughly in a colander before using, allowing the liquids to drain. The simple glaze is made from the berries, sugar, lemon juice, lemon zest, a little cornstarch to thicken, and cooks up in a jiff (even sound like my Mom here).

To assemble the pies, mound the blueberries in the pre-baked piecrusts, spoon the glaze, dividing evenly, over the fresh berries and chill for 1-2 hours. If you do elect to make one larger pie, make sure the pie is well chilled when you slice it, this is a very fresh, light pie, and the filling tends to crumble easily. I began making the individual pies, gently lifting them from the pie pans to the serving plates with great success. 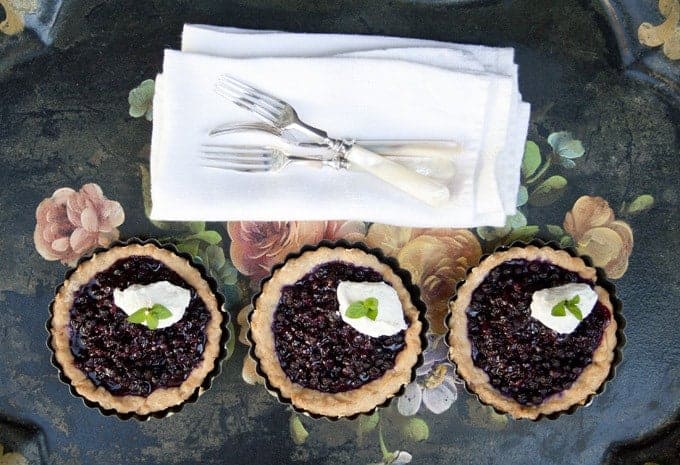 I like to serve these little jewel blueberry pies with whipped crème fraiche sweetened with vanilla bean sugar, but whipped cream or vanilla ice cream is just as luscious, and often times enjoyed in the late afternoon accompanied by a tall, cold glass of iced tea. 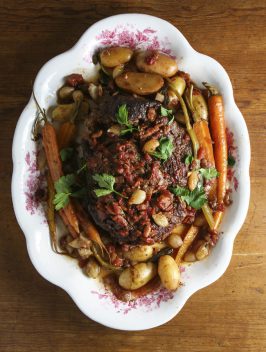 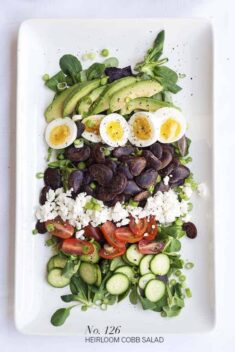 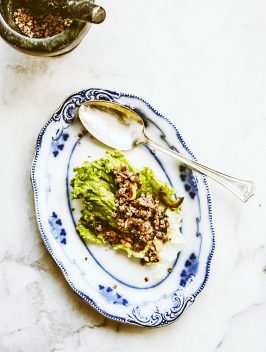 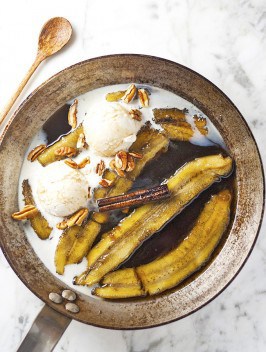