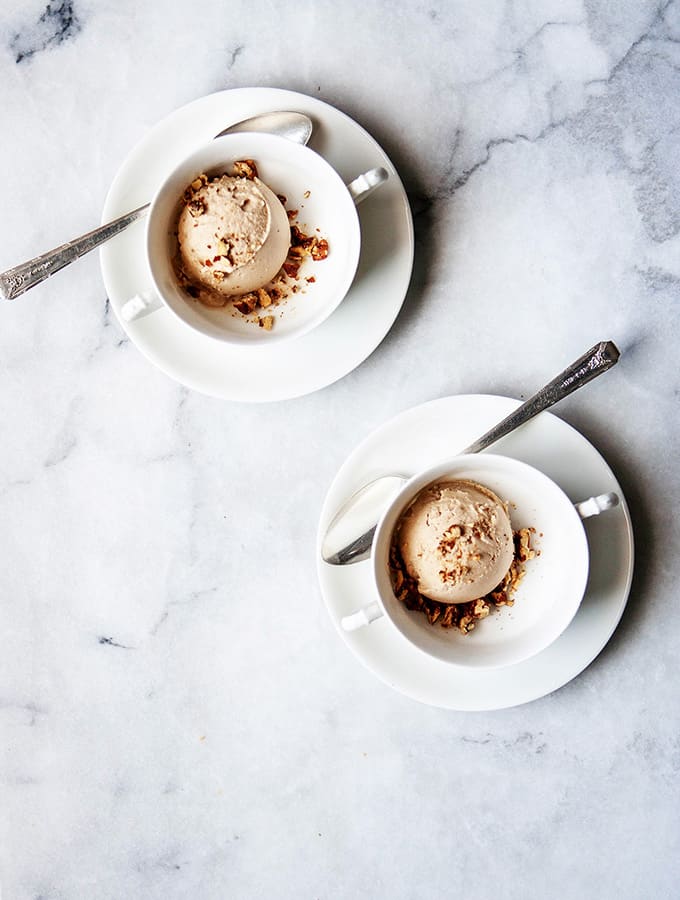 Frozen Coconut Chai is a sweet, refreshing, lighter than ice cream treat, brimming with lots of warming winter spice. A cool little jewel for all the holiday season.

Frozen treats are among the Bijouxs Kitchen favorites – ice cream is #1. Coming upon many frozen coconut milk recipes, I liked the idea of a lighter than ice cream treat and dairy free. Flavoring the ice “milk” mixture with warming holiday spices makes Frozen Coconut Chai great to top a pie, the usual pumpkin holiday goodies or on its own topped with candied pecans, as I enjoyed it here.

The important thing is to use a full-fat coconut milk, one where coconut and water are the two main ingredients you on the label. I shop at Whole Foods and found they carry an organic 365 everyday coconut milk.

Using fresh spices is imperative to any recipe, so I usually buy my spices in bulk, small quantities if available. Fresh cardamom pods can be tricky. I cracked the pods open to release the spice and threw them into the heating coconut milk along with the other spices. I read other cooks did the same, it adds even more flavor. I also used a granulated golden Monk fruit sweetener instead of the sugar. The spiced coconut milk mixture is strained and chilled before it is added to the ice cream maker. 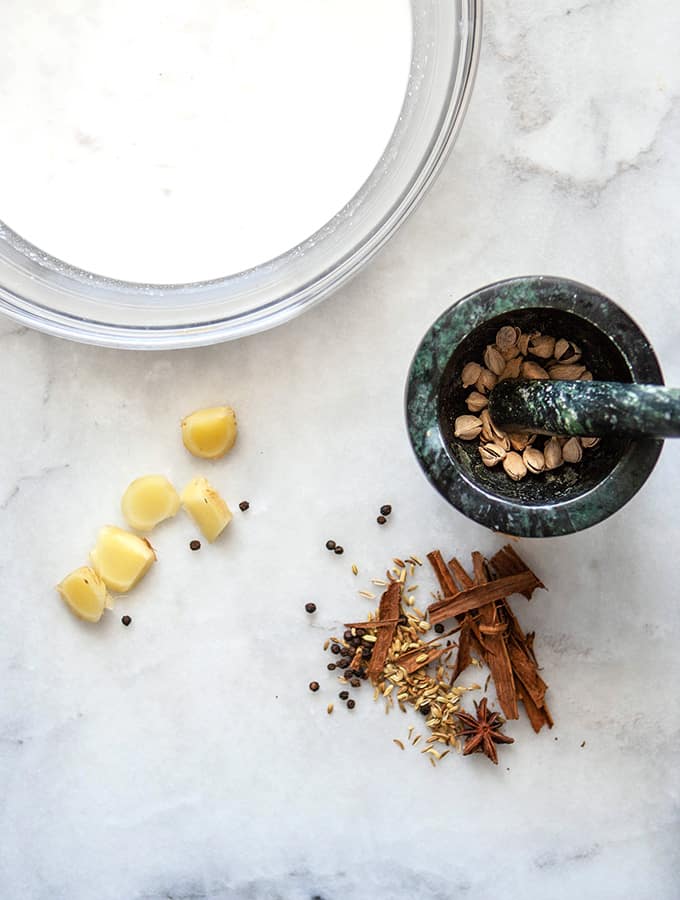 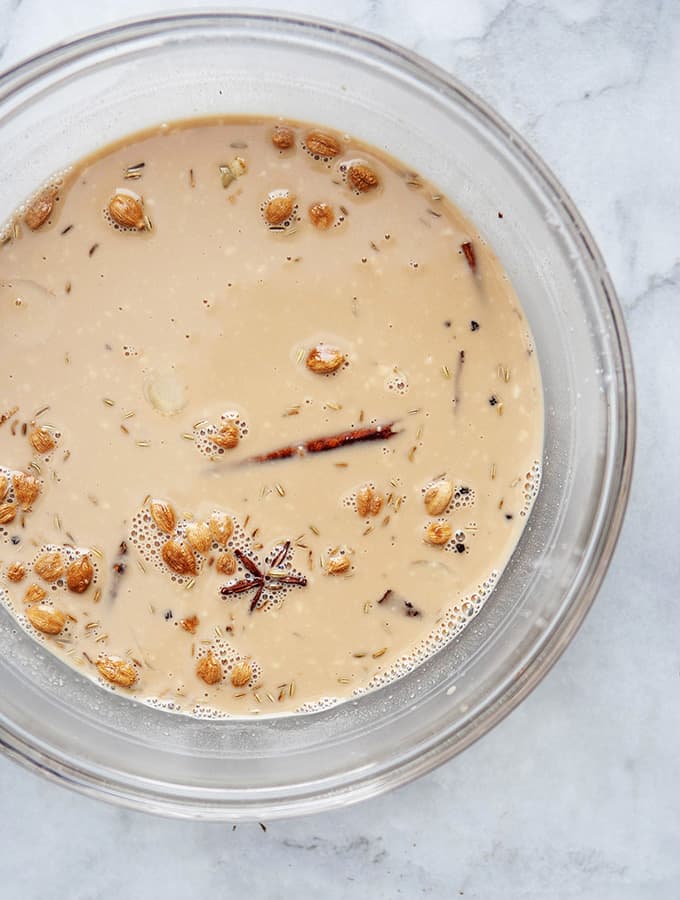 When the coconut mixture is frozen, place in freezer-safe container, I used a plastic one but a metal bread pan also works. Freeze until solid, about 4 hours. Remove from the freezer, allow to soften slightly, then serve. 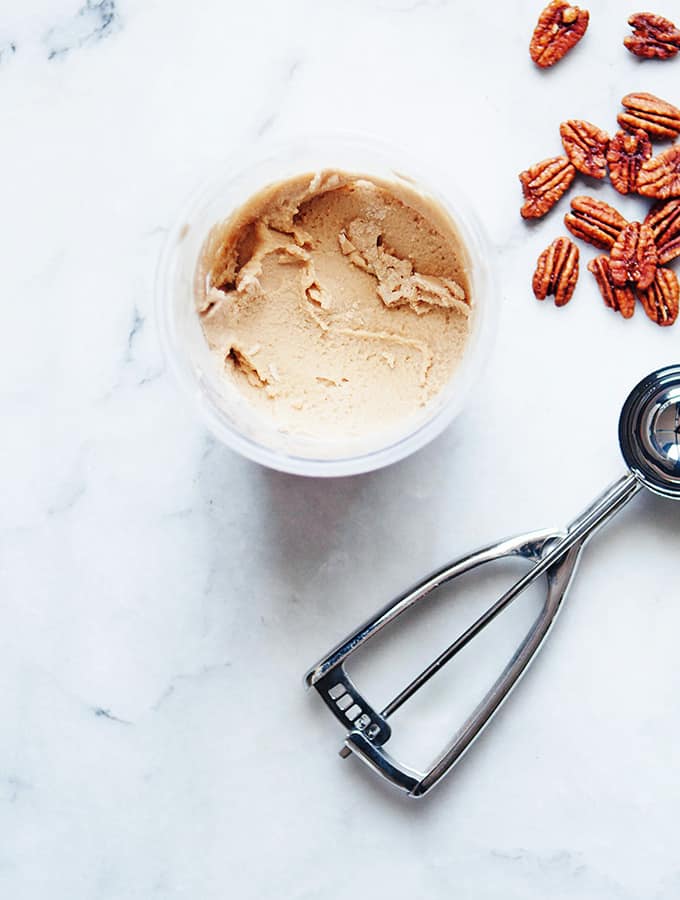 The warming chai holiday spices of cardamom, fennel, cloves and cinnamon make this Frozen Coconut Chai a little jewel for the holiday table. 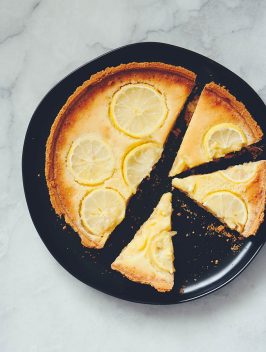 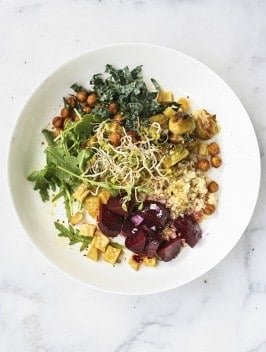 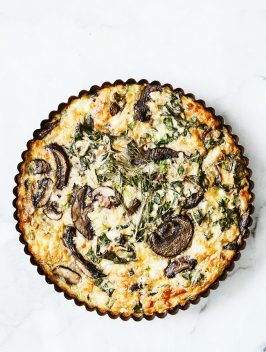 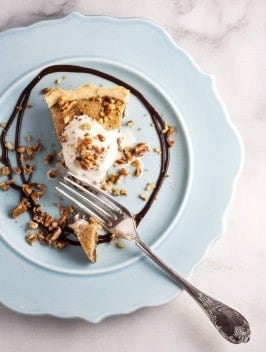