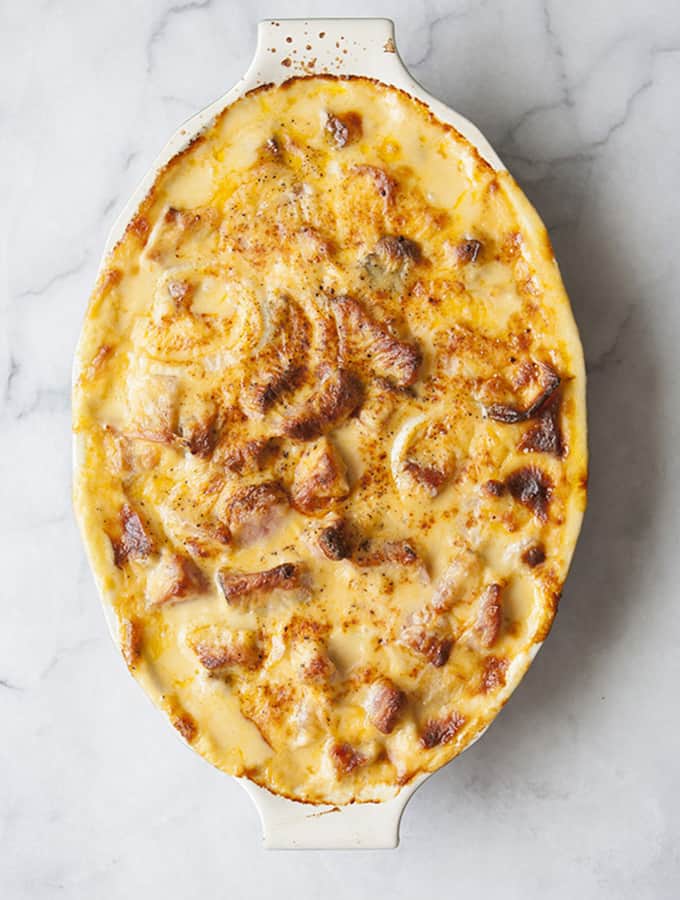 The definition of eternity? Two people and a ham…so the joke goes. One delicious way to get through this ‘eternity’ is to bake a classic comfort food combination – Cheddar Scalloped Potatoes & Ham, a little jewel for the holiday season.

So, yes, I was faced with the ‘two people and ham’ recently seen leaving a party carrying out an ‘extra’ ham the hosts insisted we take home. Making our way to the car with my appetizer plate I brought plus and giant ham stowed in an aluminum baking pan.

Grateful for the gift, we set out not to waste a thing. On our menu was pea soup and the decadent scalloped cheddar potato ham bake. Narry a bit of waste. We divided up the ham and went our ways. 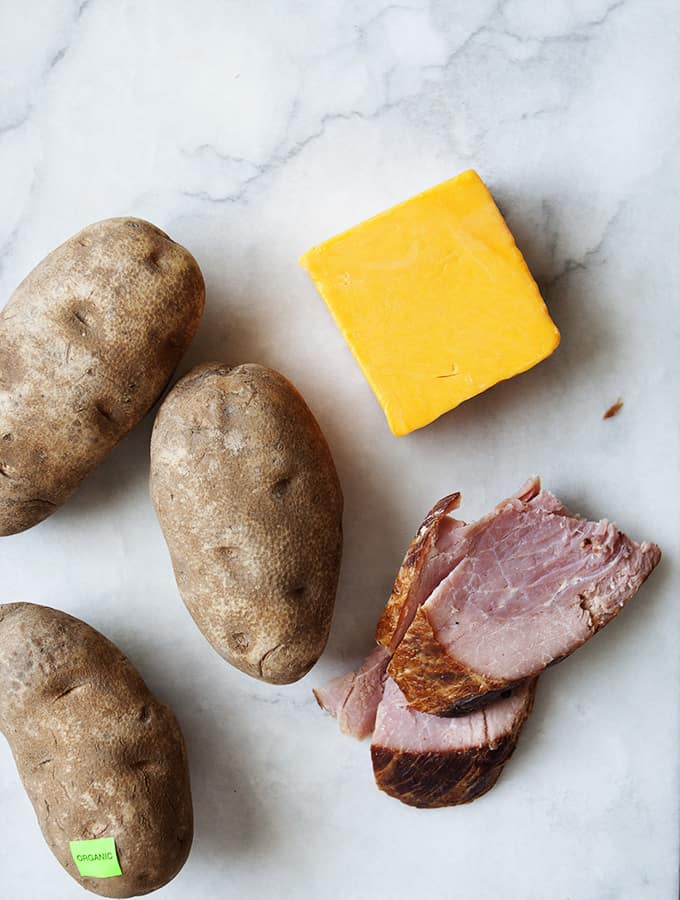 This is a decandent dish. Potatoes bathed in a rich cheddar sauce with bites of smoked ham, topped with a crispy cheese crust–this is comfort food in the purest form. Lucky for me, hams only appear a couple times a year in my life, so letting loose and enjoying this creamy potato bake once a year, that’s ok.

Béchamel sauce is also known as white sauce and is made from a roux (butter and flour) and milk. It has been considered, since the 1600’s, one of the mother sauces of French cuisine. It is used as the base for other sauces, such as Mornay sauce, which is Béchamel with cheese. Basically this is the sauce you will be making to top the layers of potatoes, onions and ham. 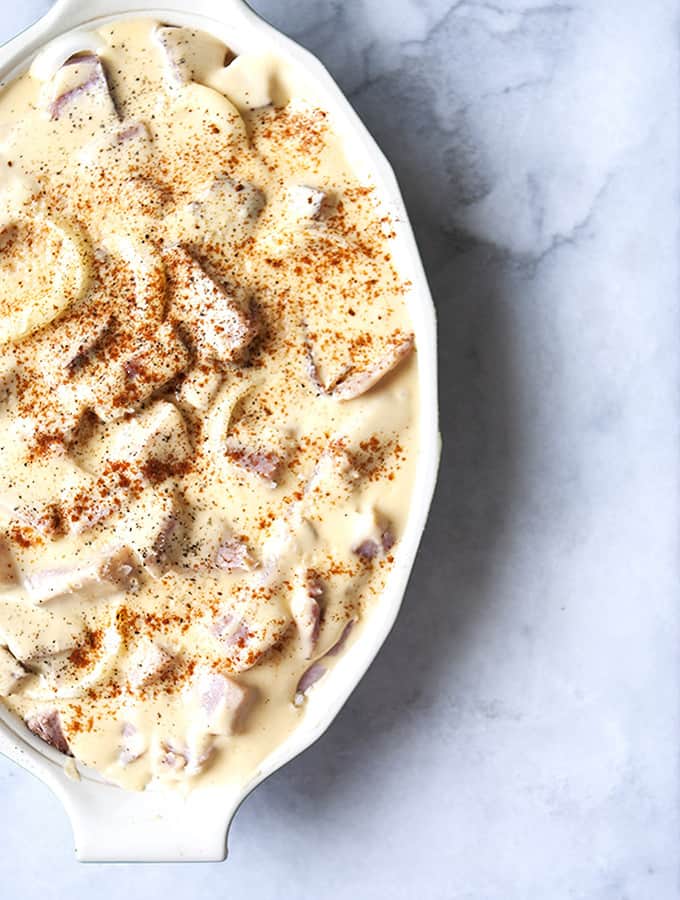 This sauce sounds fancy, but it’s not, nor is it hard to make. Just be careful not to brown the butter, take your time. Add the milk and cook until the sauce begins to thicken, this cooks the raw flour taste out of the sauce. Use the best cheddar you can, I like to use sharp cheddar.

The baking is simple, but place the baking dish on a sheet pan to catch any overflow.
I bake it in an 12x9x2 baking dish which seems to work best.

All that’s left is to dig in the this cheddary-rich dish with slices of tender potatoes, onions and smoky chunks of ham. Nice with some chives on the side. A salad and this easy Chocolate Chunk Pie  finish off this laid-back holiday meal. This is a crowd pleaser. 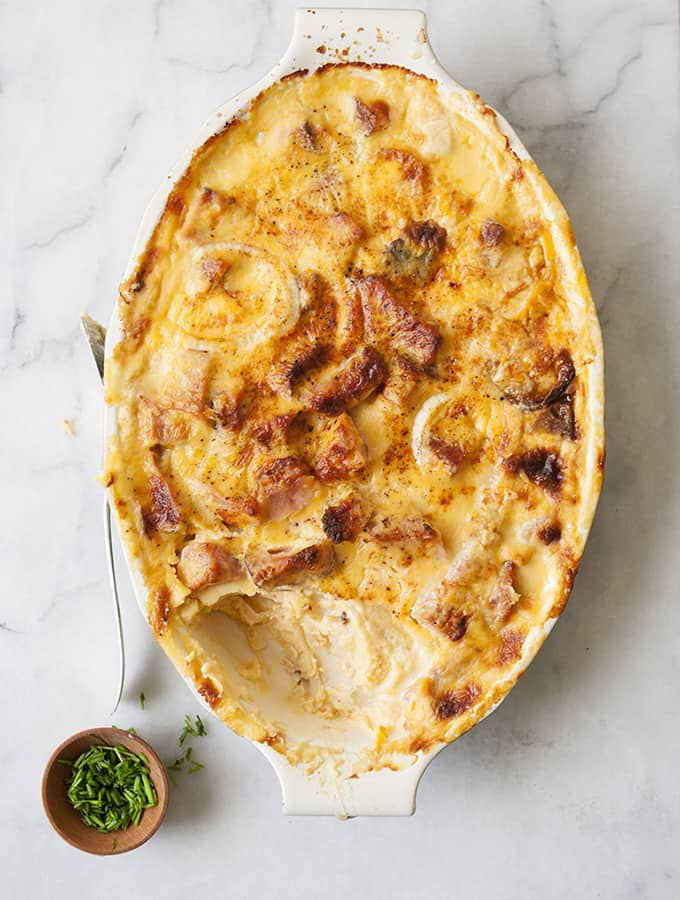 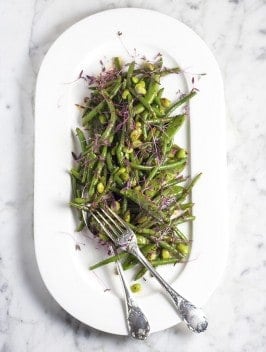 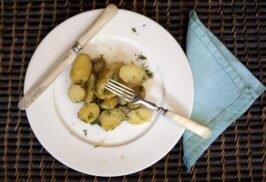 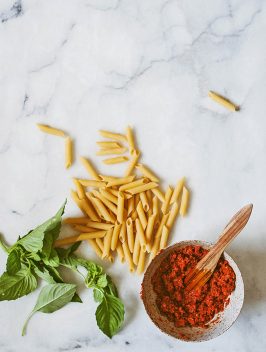 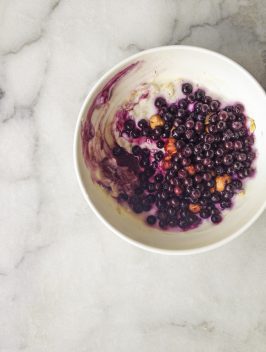